Thanks to everyone who came out to support equality and diversity at the anti racist counter conference! 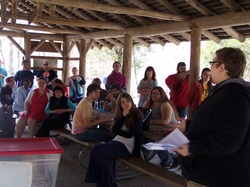 It was an inspiring and unifying day, at beautiful Montgomery Bell State Park!


Now that the speakers are finished, the picnic packed away, and the protest demonstrations over (for now, anyway), how do we transform our crisis action into an organized and sustained network of resistance to racism in Tennessee?


How do we build on the energy, enthusiasm, and commitment to anti racist action?


We've made a great start by creating a network of people who care deeply about racial justice and who are willing to take action! Join us as we continue to organize and work for equality in Tennessee.

Some of our Past Speakers & Presentations 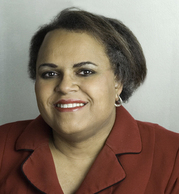 Marisa Richmond serves on Board of Directors of the National Center for Transgender Equality; the Trans Advocacy Network; the Gay, Lesbian, Straight, Educational Network of Middle Tennessee; and is the Lobbyist for the Tennessee Transgender Political Coalition. She is the current President of the Davidson County Democratic Women and is a member of the Davidson County Democratic Party Executive Committee. She is a regular panelist on Out & About Today on News Channel 5+ in Nashville, and has written prolifically on transgender rights for several local and national publications. She has received numerous awards for her service. Marisa received her A.B. from Harvard University; her M.A. from the University of California, Berkeley; and her PhD from George Washington University. She teaches history at both Middle Tennessee State University and Nashville State Community College.

"Transphobia is Bigotry, Too"  There is a link between transphobia and other forms of racial, cultural, religious, and sexual discrimination.  We will discuss those links, ways to confront them, and ways to educate our fellow Tennesseans to become more inclusive in their work to address hatred and bigotry. 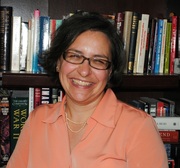 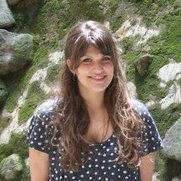 Rachel Davies is a senior biochemistry major at Middle Tennessee State University. She performs analytical chemistry research in the area of surface enhanced Raman spectroscopy (SERS) and also researches the issues facing women in science. She is involved in social justice work in her community of Murfreesboro, TN, and is vehemently opposed to racism of all forms, finding racism masked by pseudo  science particularly insidious. Beginning in the fall, she will begin her  PhD studies in medicinal chemistry and pharmacology.

"Hybrid Vigor:  Biochemically Deconstructing the Notion of Racial Purity" An important premise of the academic white supremacist movement is that the purity of the white race must be protected. The pseudo scientific assertion that a pure white race is genetically superior to a mixed race people is used to promote this ideology. Using lessons from introductory biochemical genetics, and incorporating examples from the principles of animal breeding, statistics, and recent molecular biology studies from peer-reviewed scientific literature, this racist notion is deconstructed. The conclusion is drawn that the origin of racial inequality is not biological, but socially constructed.

Ben Jenkins graduated from MTSU with a B.A. in philosophy. He participates in social justice and grass roots democracy projects in the Middle Tennessee area.

"The Politics of Ideas" Connecting anti-racist activism to critical theory. 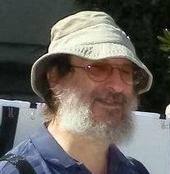 Eric Schechter was a professor of mathematics at Vanderbilt University for 31 years; he recently retired. He has been a political activist since 2006, carrying signs, editing the Nashville Peace Calendar and the NPJC eblast, writing essays, and lecturing whenever anyone is willing to listen.

"Capitalism and Xenophobia"  Capitalism – or more broadly, the institution of private property – is far more destructive than most people in our society realize. The material and psychological aspects of our culture of separateness perpetuate each other. We are taught to use one another, and to compete against one other for jobs that become ever fewer as automation and productivity rise; we are taught to blame our difficulties on the people against whom we are competing. Thus we end up blaming people who we can classify as different from ourselves – people with different skin color, language, nationality, religion, gender orientation, or whatever. We are taught that no other way of life is possible, and it's easy to believe that, because we've hoarded for 10,000 years. But for 100,000 years before that we shared everything of importance; a better world is possible. 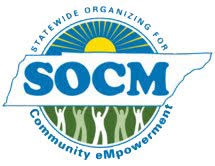 SOCM,  Statewide Organizing for Community eMpowerment, is a member-run organization that encourages civic involvement and collective action so that the people of Tennessee have a greater voice  in determining their future. The mission of SOCM is to empower Tennesseans to protect, defend, and improve the quality of life in their communities across the state. SOCM is working for social, economic, and environmental justice for all. We are committed to the journey of becoming an anti-racist organization. Recognizing our interdependence, SOCM is committed to overcoming social and institutional racism and embracing our diverse cultures.

Members of SOCM's Social Justice Committee will introduce their work on a campaign to combat racial stereotypes in the local media in several communities in Tennessee. Facilitated discussion examining how media stereotypes and bias based on race, class, nationality, religion, gender, etc. contribute to and reinforce oppressive structures in our society. SOCM is using an aggressive communications strategy to combat negative stereotypes of communities of color (particularly immigrant communities) in the media. Grassroots community members consistently point out how local media contributes to and reinforces the criminalization and dehumanization of communities of color. What  are the ways that Hispanics are painted as "illegals," African Americans portrayed as criminals, and Arab Americans broad-brushed as "terrorists"? And how can we organize in a broad multi-racial, multi-lingual coalition to push back against and counter this discourse?

Will York is a Nashville civil rights attorney who primarily  represents workers and immigrants in cases to vindicate their federally protected rights. He also litigates police accountability, tenant and free-speech issues. York is a proud member of the National Lawyers Guild, Workers' Power and the Nashville Housing Rights Campaign.

"Race, Class and Power."  Landmark civil rights decisions provided safe-haven for marginalized groups acting under the color of law.  America has made huge strides since Brown v. Board of Education, but today's assaults on civil rights come from more sinister places, such as American Renaissance.  In this discussion, York will also analyze the role of economics and power in shaping the contemporary status of the law.

Andrew Free is a Nashville attorney who works with the National Police Accountability Project.

Jeremiah Carter is a member of the Nashville State Community College Leftist Student Union and of Workers' Power. He is an organizer for the Wobblies and was also part of the Occupy movement. Jeremiah stands for a communist movement that distances itself from the state with the creation of counter-institutions, militant class struggle, and a re-analysis of contemporary capitalism.

"Fascism, Big Business, and Imperialism"  Examining the correlations between big business, imperialism, and fascism. With the rise of proto-fascist and fascist movements internationally, due to economic crisis, austerity,and war, it is exigent to analyze why and how these movements develop. Thus we will take a look into how capitalism necessitates the rise of fascism, and how big business and imperialism contribute to this phenomenon. 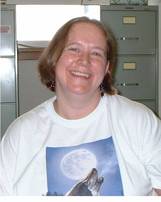 Angela Mertig is a Professor of Sociology at Middle Tennessee State University. She earned a B.A. in Sociology/Anthropology and History from Ripon College (1987) and an M.A. (1990) and Ph.D. (1995) in Sociology from Washington State University. She specializes in research and teaching in environmental sociology, animals and society, social movements, and sociological research methodology, particularly survey research and statistics. She has published extensively on the American environmental movement and public attitudes toward the environment. Her recent work includes research on attitudes toward wildlife and domesticated animals, wildlife management issues, and animal welfare, as well as research on land use practices and other behaviors that impact humans, animals and the environment.

"Connecting the 'Isms': How Racism, Sexism, Heterosexism, and Speciesism Intersect" Discussion will be held on how the mistreatment of other based on race, sex, sexuality and species is connected and problematic.

Chris Irwin is an anarchist lawyer from Knoxville, TN. He is also an organizer and activist. He has participated in 17 anti-KKK rallies.

"The Marketplace of Ideas"   A presentation on the first amendment. Commonly people mistake the first amendment as being some flaccid right, where one side gets to argue its' point without any debate or opposition. This is proof our educational system has failed. It was always to be a "market place of ideas" where people argued out their ideas and the public got to pick the best. He will also discuss the evolution of the concept we call democracy, in Athens according to Aristotle. 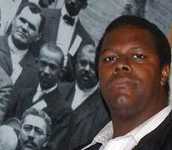 Daryle Jenkins is the co-founder and spokesperson for One People’s Project, Philadelphia, PA. OPP's mission is simple: to research and report on  who's who and what's what regarding extremist groups, individuals and activities. OPP works to encourage society to be vigilant against white supremacist groups  in order to diminish their ability to function and cause harm. OPP has appeared  on the Montel Williams Show, A Current Affair, Fox News' the Big Story, various radio and internet broadcasts, as well as publications. OPP was part of a coalition that successfully shut down AmRen in Washington, DC, and Charlotte, NC.


“Why Are We Here?”  We all know how it goes: the right will pull out all the stops to deflect accusations of racism coming their way. No matter how valid the accusations or how often they come, there seems to always be a reason why no one should ever hold them accountable for the hatemongering they peddle. It has become such an art for them that these days even white supremacists will try to tell you that they are not racist: they are "race-realists" or "racialists". This discussion will present background information on AmRen.